Napoli is a unique city. Sitting on the Mediterranean Sea with Mount Vesuvius looming above its historic centre, it is as picturesque as it is instantly recognisable.

It is also a city in love with its football team. S.S.C. Napoli is so important to its supporters and has given them so many reasons to be proud over the years. Their unconditional love and affection for their team makes for a stunning atmosphere at the San Paolo, their home ground.

One player in particular always comes to mind when Napoli are mentioned. Diego Armando Maradona completely transformed their fortunes, with his charisma and passion fitting perfectly with the identity of the city.

At the peak of his powers, Maradona played a key role in bringing Italy’s most coveted prize, the Scudetto, to the San Paolo for the first time ever – the first league title ever won by a team from the Southern Mainland. During his time at the club, Napoli won the league twice (a feat they have not been able to repeat since), one Coppa Italia title, a UEFA Cup and one Supercoppa Italiana. 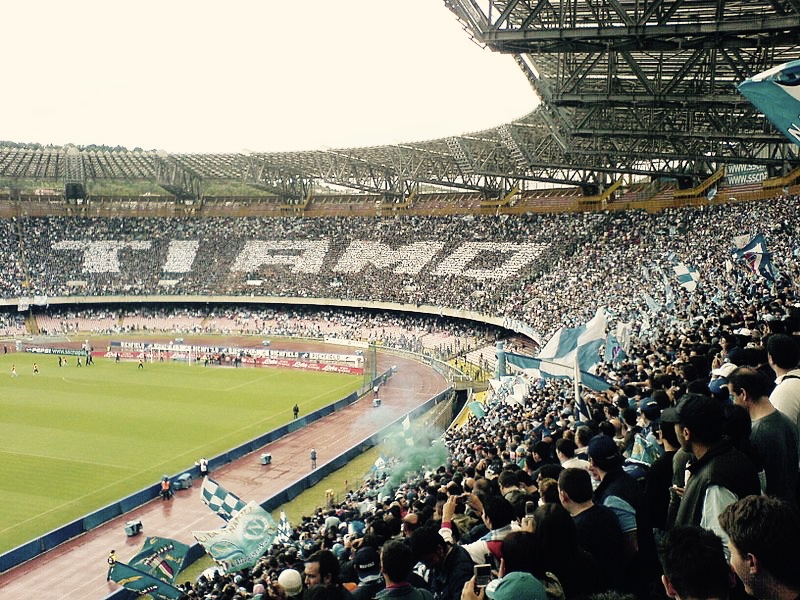 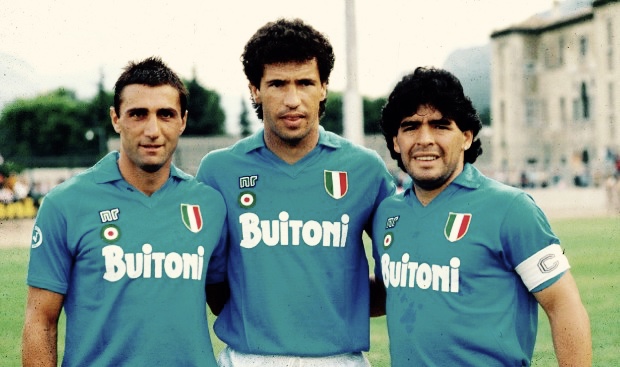 It was a fantastic period and Neapolitans desire nothing more than seeing their side become Champions of Italy once again. In recent times, Juventus have dominated the division, although Napoli have on many occasions been their closest challengers. In 2018, in one of the most thrilling title races in the history of Italian football, it seemed Napoli would prevent I Bianconeri from winning their seventh successive title.

The brilliantly entertaining attacking football of Maurizio Sarri’s side during the 2017-18 season caught the imagination of fans all over the globe. With Insigne, Mertens, Allan, Jorginho and Hamsik all shining under the Sarrismo philosophy, Neapolitans were able to dream of a first Scudetto since Maradona.

After topping the table for virtually the whole season, Napoli suffered a 4-2 defeat to Roma, which allowed Juventus to overtake them. With just eight games remaining, they found themselves a goal down to Chievo at the San Paolo as the clock ticked into the 89th minute.

It seemed that a loss in this game would surely put the Scudetto out of Napoli’s reach, but an unbelievable comeback with last gasp goals from Milik and then Diawara put their title challenge well and truly back on track.

A goalless draw away at the San Siro in the following game meant that Juventus had increased the gap to four points when the two sides met in Turin two weeks later. The rivalry between Juventus and Napoli extends far beyond football, as the two sides represent the very different cultures and reputations of the North and South of Italy.

Whenever Napoli beat Juventus, it is certainly a result that brings a huge sense of joy and pride to their city. There were particularly emotional celebrations in the San Paolo after Maradona’s breathtaking free kick to give his side their first victory over La Vecchia Signora for 12 years, whilst Edison Cavani’s hat trick of headers in a classic 3-0 win in 2011 sparked equally jubilant scenes.

Maradona and his rival Michel Platini of Juventus in 1986.

With the two sides so closely matched throughout the 2017-18 season, the anticipation for the meeting just five games from the end of the season has been building for months. In a tight game, it seemed that Juventus had done enough to earn a point and retain the four point cushion that they had over their Southern rivals.

Despite Napoli’s dominance, they had not been able to take any of their chances. You could see the players almost in disbelief that their team was not in front. There are a few occasions every season however, that remind us why we all continue to follow this incredible game, and although more often than it seems to disappoint, infuriate and dishearten us, we stick with it because of it’s capacity to provide us with those moments that will live with us forever.

For the whole of Napoli, the image of Kalidou Koulibaly towering above the Juventus defence to head the winner for them in the last minute, is one that will bring back incredibly fond memories. The sheer elation of Napoli fans all across the world showed how much this goal meant to them. Footage emerged online of cars beeping their horns, grown men dancing on tables, and people in fountains.

Seeing people actually in fountains celebrating that amazing header really shows that despite the problems or difficulties we may be facing in our lives, we will always have football to provide a release and a true sense of escape for 90 minutes at a time. Koulibaly’s stunning late winner put I Partenopei within a point of Juventus, and we can only imagine the celebrations that would follow if they were to lift the Serie A trophy a month later.

The drama of this title race would not stop here however, as the following week, Inter somehow came from behind to lead 2-1 against Juventus after having a man sent off. It really felt as though this would be Napoli’s year. The city was finally going to see the league title they so desperately wanted. You could picture queues out of the door for those light blue shirts with the glorious Scudetto stitched on them. You could picture the fireworks and flares lighting up the Neapolitan sky. You could imagine the team bus parading through the historic Centro Storico amongst a sea of light blue.

All they had to do was win their last four games and they would be champions, regardless of any other results. As with any title race though, it’s never quite that simple as there is always a final twist. Juventus scored two in the last three minutes to maintain their one point lead at the top in the most dramatic fashion possible. With all of the other major European league winners effectively decided by Christmas in 2017-18, this was the only real title race left, and it certainly did not fail to entertain.

Napoli’s tricky trip to Fiorentina went from a game that would potentially win them the league (being the only game they could anticipate to be a difficult test), to one that they absolutely had to win in order to stay in contention.

It couldn’t have started any worse for them, as with the help of VAR, Koulibaly was sent off after 6 minutes before a hat trick from the brilliant Simeone handed Fiorentina a 3-0 win. Football can really be a cruel game at times. A 2-2 draw at home to Torino in the following match meant that Juventus needed just a point to clinch the league. They sealed it with a 0-0 draw at Roma.

Seven in a row. It could have been so different. It became eight in the 2018-19 season and although many anticipate Juventus to make it nine, one thing is for sure – if Napoli do win the league again, we will see a celebration like no other.

If you enjoyed this article, you'll love our magazine - head over to our online store to take a look!

A special thanks to Marco for his contribution as well as his stunning photo of the San Paolo, taken from his Auntie’s home.

Against The Elements: The Eruption of Icelandic Football

The Elements of the Game